By choosing a water-borne product the painting process becomes both more environmentally friendlier and safer for the user.

Water-borne coatings have many benefits that make it worth favouring them in the painting projects:

In water-borne products, most of the organic solvents have been replaced by water. There are still a small amount of co-solvents in the formula, in practice these co-solvents secure the surface quality and film formation. The VOC content of water-based products usually varies between 0 and 100 g/L. Only VOC content in mind, it would be worthwhile to choose a water-borne product for the project. Project specifcations and conditions matter and therefore an other option is a high volume solids solvent-based paint or a solvent-free product. 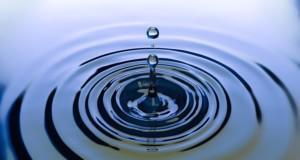 In addition to organic solvents, paints may also contain other ingredients that affect the environment. These include e.g. zinc phosphate, which is a commonly used as an anti-corrosion pigment. The use of zinc phosphate is not directly related to whether it is a water-borne or solvent-based product, but in the case of Nor-Maali’s water-borne coatings, zinc phosphate has been replaced in as many cases as possible with anti-corrosion pigments that have less impact on the environment.

In some cases, the GHS09 (environment) identification cannot be avoided, because the environmentally hazardous classification comes from a coating binder. These include, for example, some epoxy coatings. In such cases, special attention must be paid to the methods of use, so that the coating doesn´t end up in the environment.

Safer for the user

Already the significantly lower VOC content of water-based products makes them safer for the user than solvent-based coatings are. In addition to solvents, other raw materials used in water-borne paints are generally less harmful to health than solvent-based paint raw-materials. For example, with Akvanor 100 SG there are no hazard pictograms in the product. With solvent-based products, there is always at least GHS02 (flame) and GHS07 (harmful) with some statements.

Although the binders in water-borne epoxy and polyurethane coatings are water-based, those still contain the same epoxy-binders, amines and isocyanate hardeners as solvent-based paints.  This shall be taken into account also in personal health protection.

The risk of explosion in a paint shop decreases when the amount of solvents decreases. Water-borne products are thinned with water, so there is no need for solvents during spraying procedure. When painting is finished the spray gun is washable with water. Only in cases where more thorough washing is required or when the water-borne coating is switched to solvent-based paint, it should also be washed with solvent.

There are several technical properties which shall be taken into account when choosing the right paint for the coating project. One of the most important is the corrosion resistance. Today, water-borne coatings achieve the same corrosion protection properties as solvent-based coatings. For example, the ISO 12944-5 C3-medium category is achieved with the same 120 µm dry film thickness with a water-borne epoxy coating as with its solvent-based counterpart.

Another important technical property is weather resistance. When examining the weatherability of the water-borne coatings it can be stated that water-borne polyurethane coating withstands UV radiation at least as well as its solvent-based counterpart. This property is more influenced by the type of polyol and/or mixing ratio than by the thinner type of the paint. A good example is Normadur Aqua DTM, which offers really high-class weather resistance.

When spraying water-borne coatings, environmental conditions shall be more controlled in order to reach the wanted high quality outcome.

Ventilation is the most critical part in reaching a successful result. Water-borne coatings cannot dry unless there is room for evaporating water in the surrounding air. The relative humidity should preferably not be over 60% to secure a right surface quality. The drying of the water-borne product slows down markedly at relative humidity of 70%. The ventilation must be strong enough to remove moisture from the drying space.

With water-borne coatings, to secure adhesion, a careful attention should also be paid to the pre-treatment of the surface. In practice this means that grease and other contaminants shall be carefully removed and the surface blast cleaned. The place and time for the surface preparation should be chosen correctly, to avoid contamination and moistening of the treated surface before the paint application.

Water-borne coatings are typically significantly odourless compared to solvent-based products. Although respiratory protection is used during painting, the smell of the paint spreads to the rest of the environment. In the case of water-borne products, the smell is significantly milder, which increases user-friendliness. 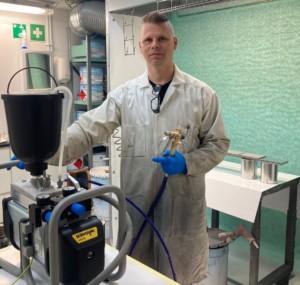 Nor-Maali´s test painter Miika Bergdahl is preparing the upcoming test spraying with Normadur Aqua DTM. “With this product you can do the application with time, because Normadur Aqua DTM has a three-hour pot-life”, says Miika.

With water-borne polyurethane coating, it is therefore not possible to spray a levelling coat in addition the desired film thickness. The surface must left as it is. After a couple of practice sessions, this feature is easy to understand and the painting will be successful. Nor-Maali’s direct-to-metal coating Normadur Aqua DTM has a blister-free thickness of approx. 200 µm DFT, so thicker films can also be painted with this product.

With water-borne products your painted object will have a stylish looking surface. For example, the surface of Normadur Aqua DTM is fully gloss and very hard and durable. The next morning, the painted object is easy to pack, because the surface is no longer scratched. The need for touch-up painting is minimal if any. 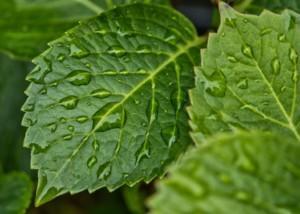 More information about Nor-Maali´s water-borne products from our sales.

13/12/2022 Sadolin Glostrup A/S has joined Nor-Maali´s dealer network as the newest member. As a result of this cooperation, Nor-Maali´s industrial coatings are now available also in Denmark.

23/11/2022 Painting process cost reduction is currently being considered in many industrial paint shops. How to save energy without compromising quality and speed? Painting costs can be influenced by e.g. with the drying temperature of the paint and the number of layers of the painting system. The right product choice is therefore a very important part of the overall cost of the process. In a problematic energy situation, Normafine 40 HS is a cost-effective alternative for both topcoat and direct-to-metal coating.

Norecryl 50: a weather-resistant alternative to epoxy coating – without isocyanate

14/10/2022 How to achieve the corrosion resistance of epoxies and weather resistance of polyurethane coatings in a single coat system, where the use of isocyanates is not desired? By choosing Norecryl 50, an isocyanate-free acrylic coating.